Lab group three was asked to calibrate the rotameter and orifice meter. It was also requested of us to measure the range of Reynolds numbers able to be read in the CM3215 laboratory.

The orifice meter is a section of pipe with a restriction that acts to create a pressure drop. As the fluid approaches the orifice, the pressure increases and then suddenly drops as a result of the velocity increase through the reduced cross sectional area. A rotameter measures the flow rate of a liquid or gas. It is generally a tapered tube with a float that is pushed up by the drag force of the flow and pulled down by gravity. One highly beneficial quality of a rotameter is that it requires no outside power or fuel to be operated.

The pail-and-scale method was used to determine the mass flow rate at each rotameter setting (20-70% by 10% increments) and in each of the three pipes. We used these mass flow rates to obtain both the average velocity at each rotameter setting and in each pipe and also the possible range of Reynolds numbers able to be measured within our laboratory setup. To obtain the desired flow rate percentages in the rotameter, the flow of water was set with a needle valve. To evaluate the rotameter, we measured the pressure drop across the orifice meter concurrently with six different flow rate percentages ranging from twenty to seventy percent. We took these measurements for each of the three pipe diameters; half inch, three eighths inch, and quarter inch. Two replicates were taken at each flow rate. Also, the water temperature was recorded for each measurement.

The flow rates chosen in our experiment were from 20% up to 70% percent flow. These flow rates all displayed turbulent flow this can be depicted in table 1.

The highest measured flow rate was found at 70% flow rate at the rotameter which was found to be 3.61 gallons per minute in the ½ inch pipe.  The lowest flow rate that can be achieved is at 4.5 mA which comes from the lowest DP meter reading obtained for station three from the DP meter lab. This value was plugged into our line of best fit equation of the flow rate versus pressure drop in mA graph, and this yielded 0.6348 gallons per minute in the ⅜ inch pipe
The range of standard errors for the pail-and-scale method are as low as 6*10^-5 for half inch pipe at 50% flow rate, and are as large as 4.8*10^-3 for the quarter inch pipe at 40% flow rate. Overall, the standard error for this method of calculating flow rate is relatively small considering all of the possible places for human error (i.e operating the scale (tarring) and stopwatch correctly, unit conversions).

Figure 1 is a graph for a 1/2 inch pipe diameter relating flow rate in gallons per minute versus rotameter reading of percent flow rate.

Figure 2 is a graph for a pipe with a 3/8 inch diameter plotting flow rate in gallons per minute versus the rotameter reading in percent flow rate. 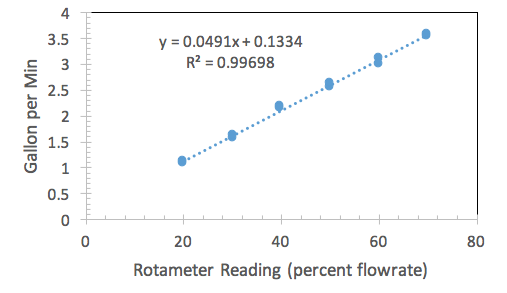 Figure 3 is a graph for the 1/4 inch pipe diameter plotting flow rate in gallons per minute versus a rotameter reading in percent flow rate. 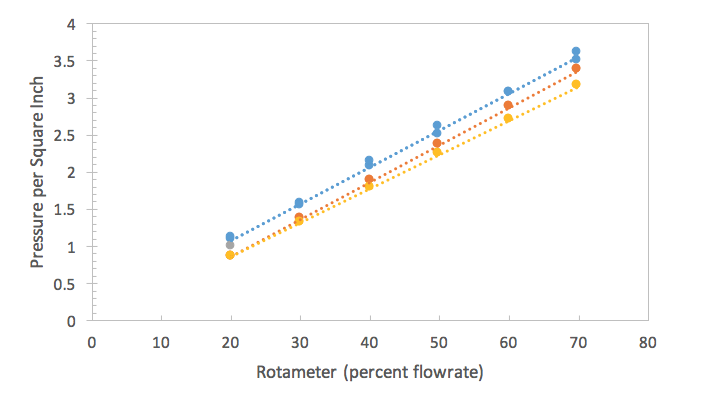 Figure 4 is a graph correlating to the 1/2 inch pipe denominator for historical calibration curves in 2010 and 2008 and, present, 2013. This is plotting PSI versus rotameter percent flow rate. 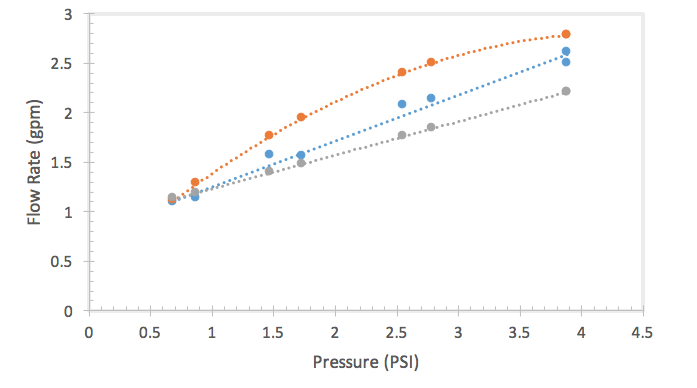 Figure 5 is a graph plotting flow rate versus psi in regards to the orifice meter. Here, one can see the outlier line from 2011. The other two lines which are similar to one another are from 2013 and 2008.

The rotameter calibration curves for the three different pipe sizes all showed linear correlations between flow rate and pressure drop. The orifice meter calibration curves showed similar linear trends with some slope variation. The data obtained for this lab group showed very similar behavior to past classes literature calibration curves (i.e they were all linear). The values of Reynolds number calculated from differing pipe diameters and average viscosities all displayed turbulent flow.