The Creation of Isopentyl Acetate

The Creation of Isopentyl Acetate

The Creation of Isopentyl Acetate
By: Stephanie Tress

Some of the food and drinks that are consumed today obtain their flavor and odor from esters, which are found throughout nature[2].  Some things contain not one ester but a combination of esters in order to obtain the right flavor[2].

Esters won’t be used for things like perfume because they aren’t stable and will react with perspiration which will then give off an unpleasant odor[2].

Although a fruity and sweet odor is liked by many, the solvent is similar to the honey bee’s alarm pheromone[2].  When this pheromone is activated, it causes a response from others of the same species[2].

Infrared Spectroscopy is used to identify organic structures through the infrared absorptions from the bonds in the molecule[1].    The IR spectrum ranges from 4000 cm-1 to 600 cm-1[1].  The molecule can be identified through the various peaks on the spectra[1].

The objective of this lab was to create isopentyl acetate by esterification of acetic acid with isopentyl alcohol. 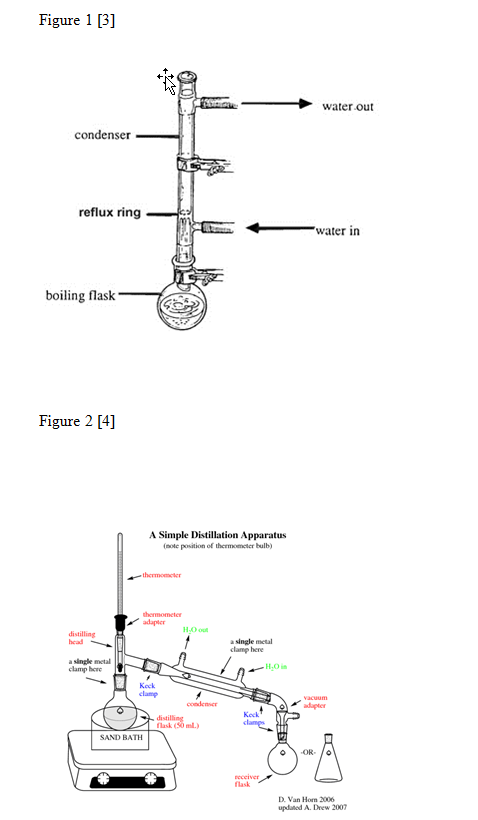 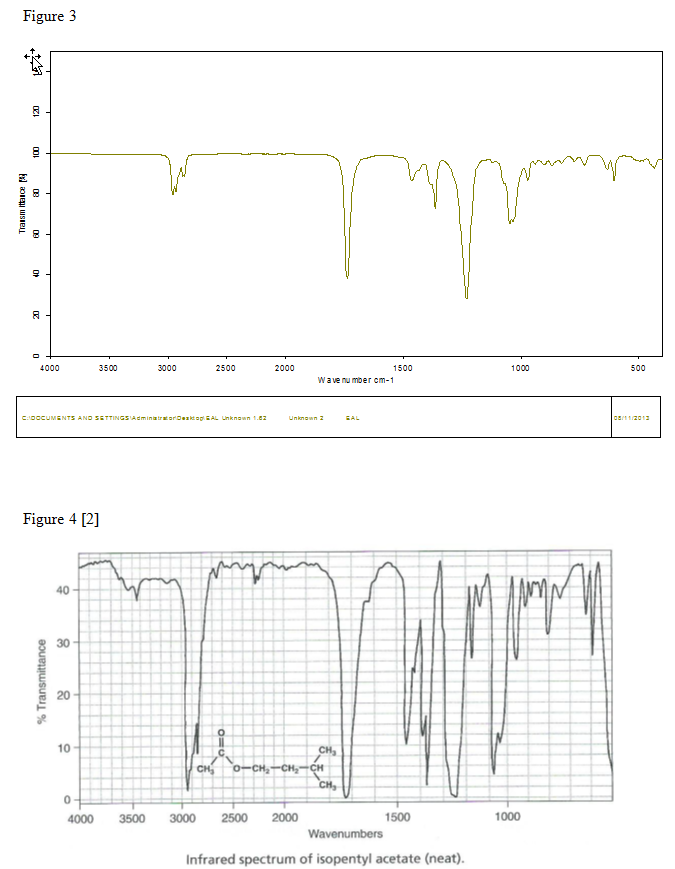