No changes were made to the procedure. It was followed as it was written. 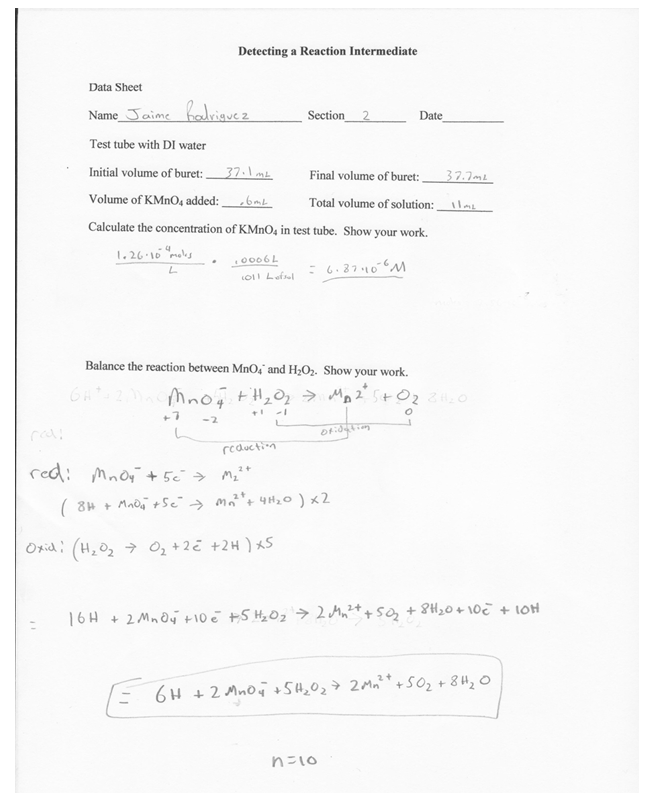 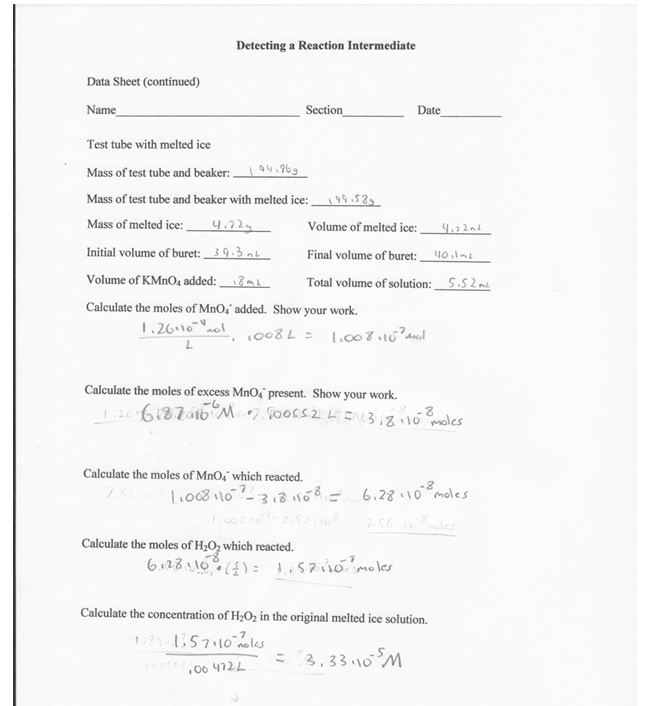 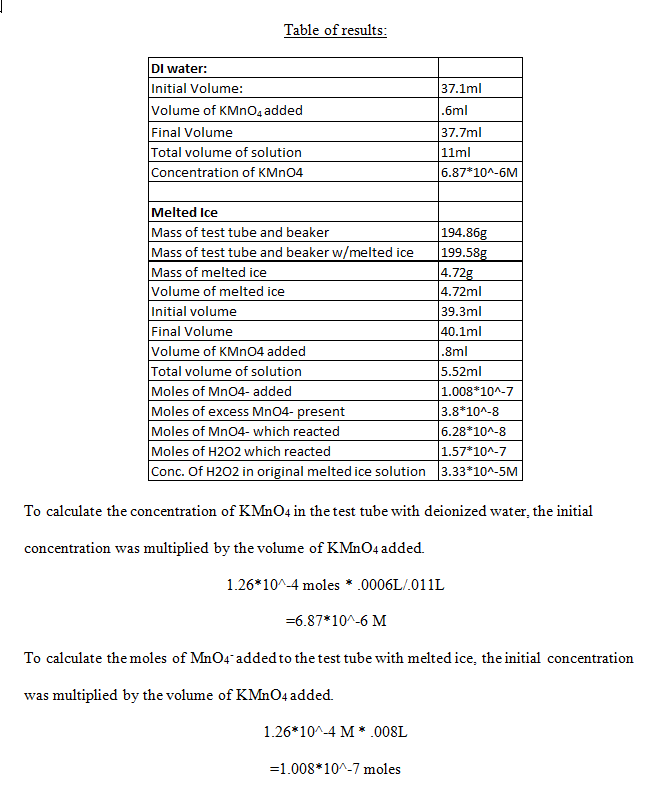 Finally, the concentration of H2O2  in the original melted ice solution was calculated by dividing the number of moles of H2O2  which reacted by the volume of melted ice.

The reaction between H2O2  and MnO4– might proceed more slowly at the end because by this time, almost all of the H2O2  is being consumed in the reaction. The concentration of hydrogen peroxide that was measured was 3.33*10^-5 M

The equation states that,  delta G=delta H-delta S(T). To find delta S and H, the values of H and S for each of the reactants and products were found. Then, the sum of the products was subtracted by the sum of the reactants. Once this was done, the values were put in to the Gibbs free energy equation, and the temperature used was 198.15 K, room temperature. The free energy values were -105.5kJ, and -351.5kJ, respectively. The free energy values for these two equations should be equivalent to the free energy associated with the combustion of hydrogen, since both are intermediate reactions, with hydrogen peroxide being the reaction intermediate. Below is the corresponding potential energy diagram. 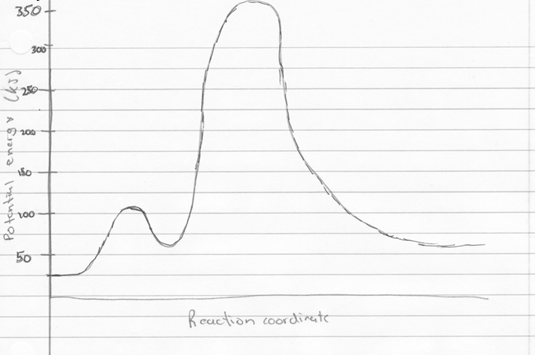 The experiment was easy, relatively quick, and yielded good quality data. Some of the calculations got confusing, but they were eventually figured out. There were really no issues with the experiment, and it was overall relatively enjoyable.