In this lab, we examined fundamental properties of vector functions and vector fields in two different problems using concepts we learned in chapters 13 and 14. In the first problem, we explored gradient fields, flux, flow, divergence, curl of vector fields, and investigated Green’s theorem to determine how flux and divergence are connected, as well as flow and curl. In the second problem we looked at the first and second moments of a charged surface.

Provided with the given gradient field 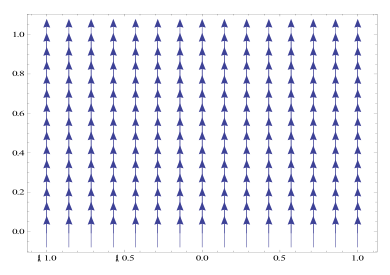 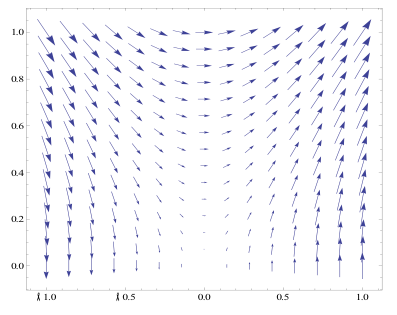 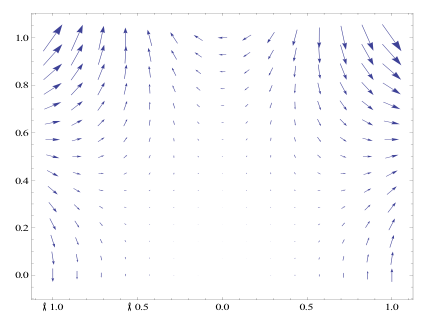 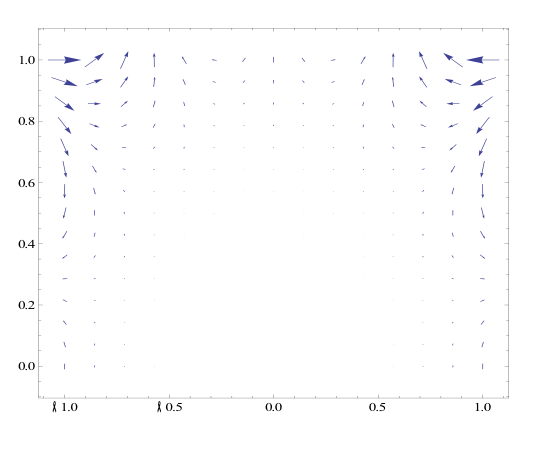 We were able to find the Polar Divergence, and the Polar Curl of the given function F(r,theta) using equations 2 and 3, respectively. We found the polar curl and divergence to both be zero.

Next, we confirmed that the flux of F is zero across the domain. To do this we considered the boundary of the domain to be defined by a closed contour defined by the x-axis, x is including and between -1 and 1, and the upper half of the unit circle, and partitioned this contour into three parts using polar coordinates. The first contour was defined by r=1 , and theta is between and including 0 and Pi. The second contour is given by theta =0, and r is between and including 0 and 1, and the third contour is given by theta is Pi, and r is between and including 0 and 1. We plotted each of the sections separately to see that the flux of F was zero in each plot. Next, we computed the flux of F across each of these contours by integrating counterclockwise, and concluded that the flux was zero. 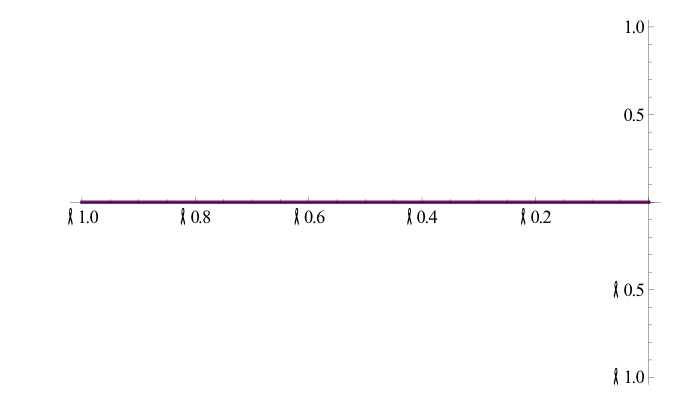 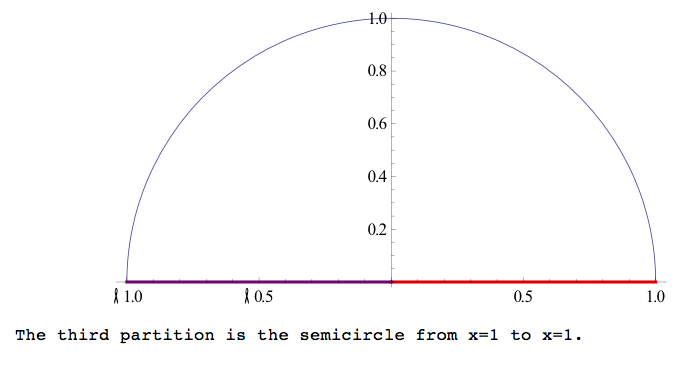 Next we wanted to prove that the flow and flux of F are zero around any closed contour in the domain. We first found the flow and flux of F around a wedge in the domain of F that goes from r= r­­0 to r=r1, and theta = theta0 to theta = theta1­, 0 ≤ro≤r1≤1 and 0≤ theta0 ≤ theta­1≤1. We partitioned the closed contour into four pieces. These four pieces create curve long the x axis to r=1 then creates an arc with r being constant at 1 and theta goes from 0 to 1, then it goes strait back to the origin.
Contour 1 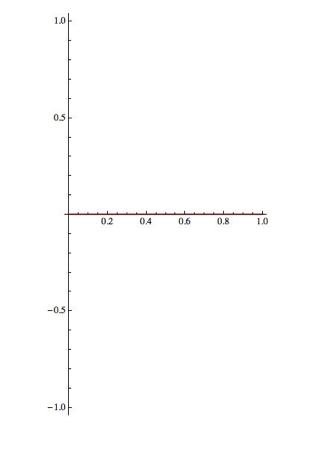 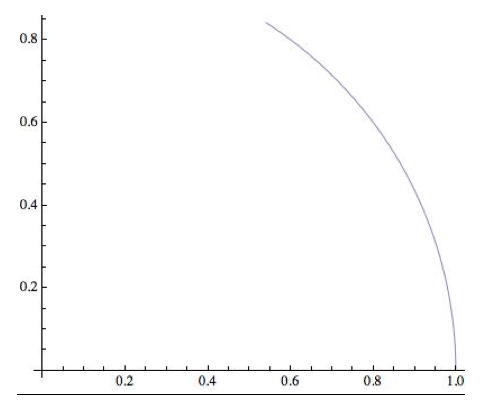 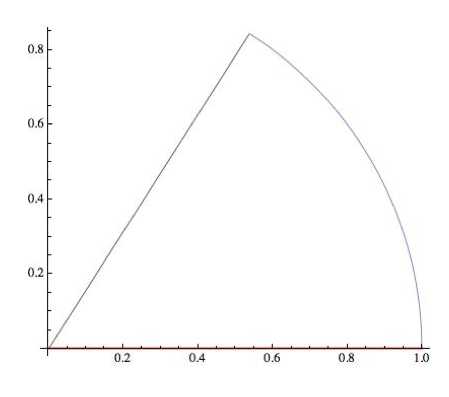 We first converted G(r, theta , z) from polar to Cartesian coordinates in order to find Gx and Gy using equations 4 and 5 (substituting G for F). From Gx and Gy, we found the vector G and plotted the vector field G. By looking at the graph, I could see that x went from -1 to 1, thus in polar coordinates theta went from 0 to pi, which is the region for integration that we used to find the flow of G around the perimeter of the domain. From the graph we also determined that x=cos(t) and y=sin(t). Therefore dx=-sin(t) and dy=cos(t) . To find the flow of G, we integrated M dx + N dy from 0 to pi in which we parameterized r and theta and substituted from M and N respectively. From this calculation, we found that the flow of G around the perimeter of the domain is zero. G is not conservative because G doesn’t meet the conditions of ∂ P/∂ y= ∂ N/∂ z, ∂ M/=∂ P/∂ and ∂ N/∂ x=∂ M/∂ y. G cannot be written as a potential because G is not conservative. We also used the given function G to find the divergence of G from the domain using Eq (6).  We found the divergence of G to be 4*r^2*sin(2q). This is the same value as the flux through the boundary of the domain. 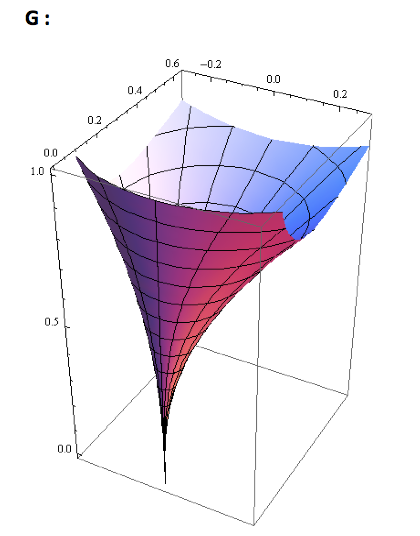 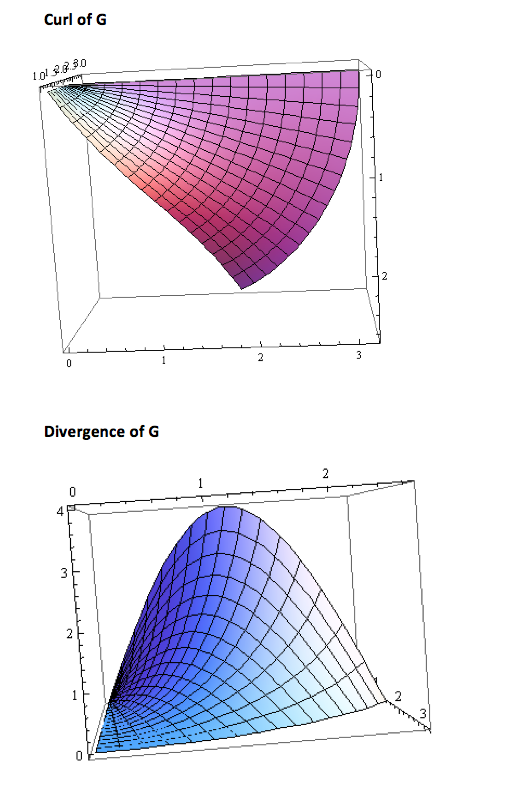 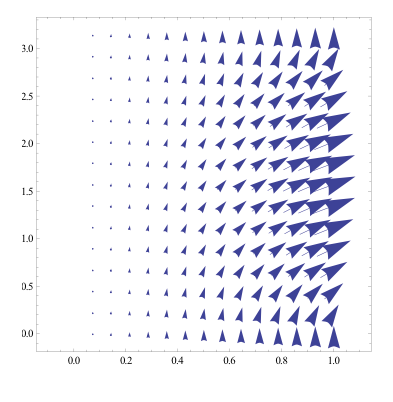 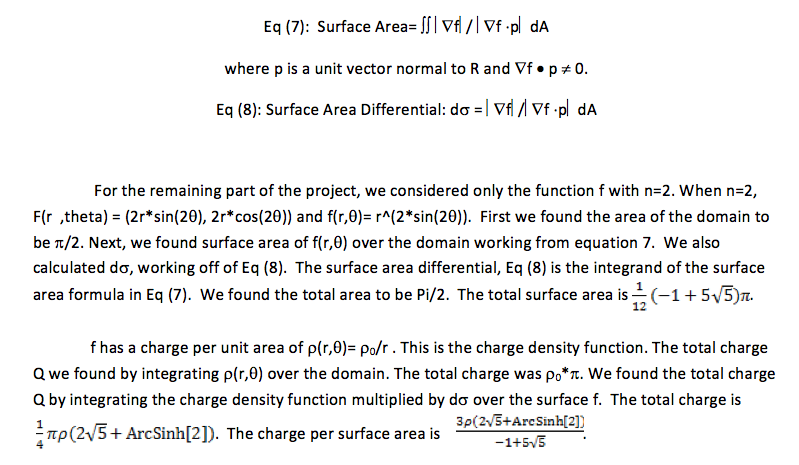 In this project we used concepts from chapters 13 and 14 to explore vector-valued functions and their vector fields. We exploring vector fields, and were able to obtain a much better understanding of fields of force that occur in the natural world. By representing a force as a vector field it allowed us to comprehend how a force acts over a region, rather than just at a point.  Throughout the lab we came to realize that there are many types types of vector fields, called conservative fields, which have distinctive and important properties.  Some of these properties are: the idea that the work of an object is path independent, the flow around a closed loop is always zero, and the fact that the flux in the region is also zero.  All of these properties are important because once a field is determined to be conservative we automatically have information about the work, flow and flux in the region.