Identification of Unknown Sample 144a and 144b

Identification of Unknown Sample 144a and 144b

The importance of being able to identify bacterial unknowns allows us to determine potential pathogenic microorganisms that can be harmful to humans. The identification of bacterial unknowns provides information to medical professionals to diagnose and properly treat patients with therapeutic strategies such as prescribing antibiotics to kill specific pathogenic microorganisms. Possible methods to identify bacterial unknowns include basic differential staining and biochemical tests. Gram staining allows identification of the morphology and cell wall structure of a bacterial unknown, which is essential to perform the correct biochemical tests because specific tests may only work for Gram-positive rods and not Gram-positive coccus. Phenetic methods such as performing biochemical tests take time to observe and identify a bacterial unknown and in some instances, those biochemical tests will not be sufficient to identify a bacterial unknown. Phylogenetic methods such as DNA sequencing can assure the identification of an unknown because once a DNA sequence can be identified, online databases like GenBank can be used to find the name of the unknown. The objective of these sets of experiments was to determine the identity of two unknown bacterial isolates using phenetic methods. Food spoilage causes the nutritional value, texture and flavor of a food to become harmful to people and unsuitable to eat. Microorganisms such as yeasts, molds, and fungi cause most food spoilage. The species involved in the spoilage of bread are primarily Bacillus subtilis. Based on the literature of the microorganism as a Gram-positive rod and phenotypic data collected after performing biochemical tests, unknown 144A is Bacillus subtilis. Urinary tract infections, which commonly occur in females, are caused by a number of microorganisms such as Escherichia coli, which is responsible for most cases of UTIs in women. The least common microorganism responsible for UTIs is Proteus mirabilis and it can be found in the normal flora of the human gastrointestinal tract accompanying E. coli. Based on P. mirabilis ability to produce urease, an important enzyme that causes UTIs, and its Gram-negative cell and rod shape of the bacterium, phenotypic data will indicate that unknown 144 B is the UTI causing pathogen Proteus mirabilis. 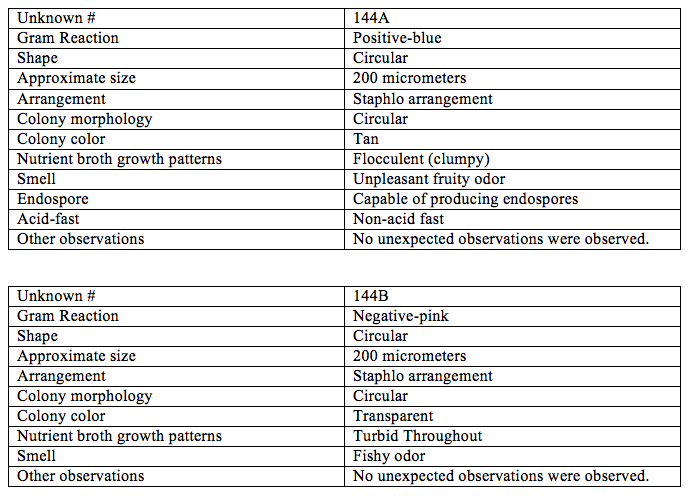 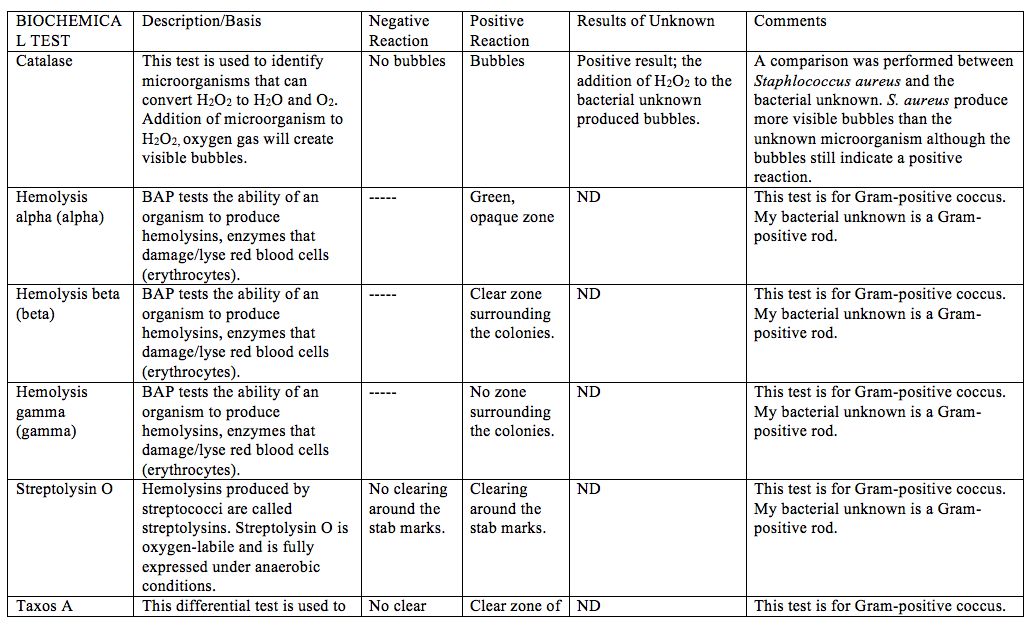 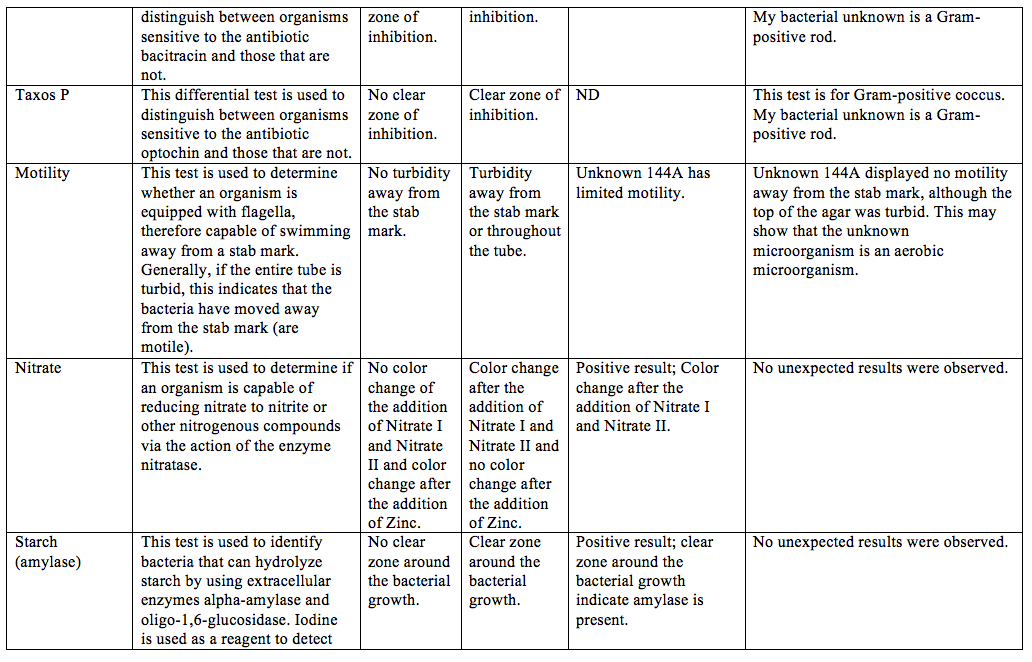 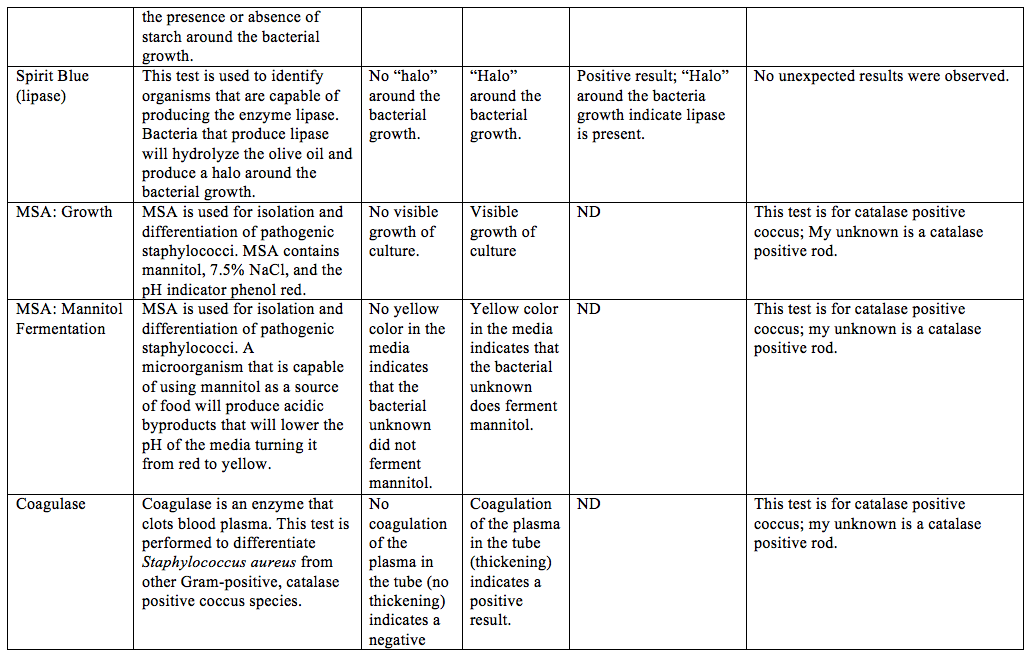 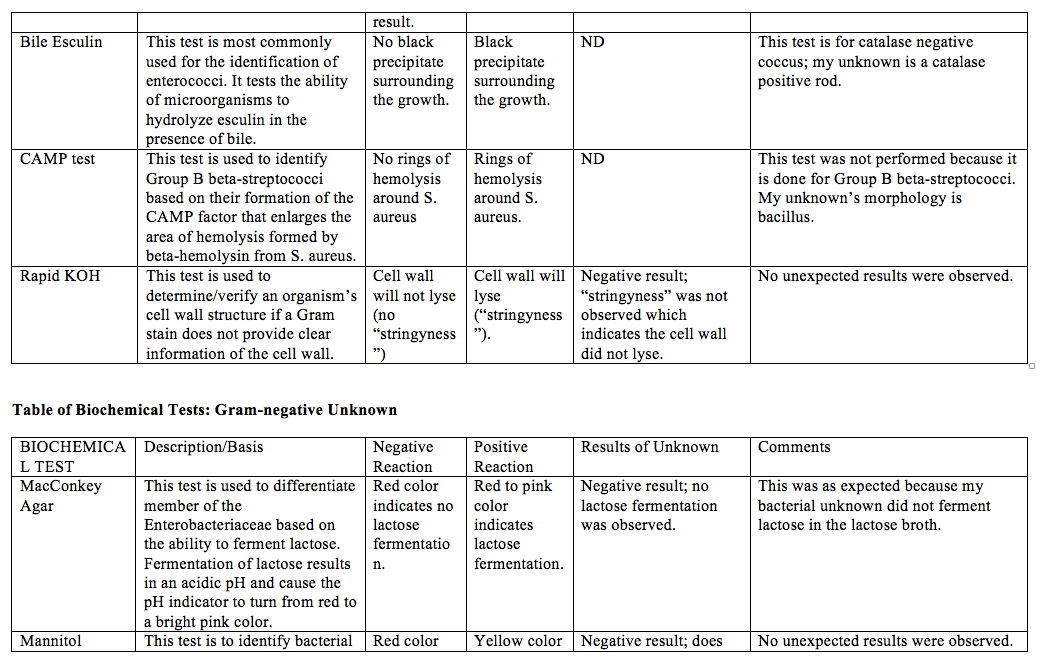 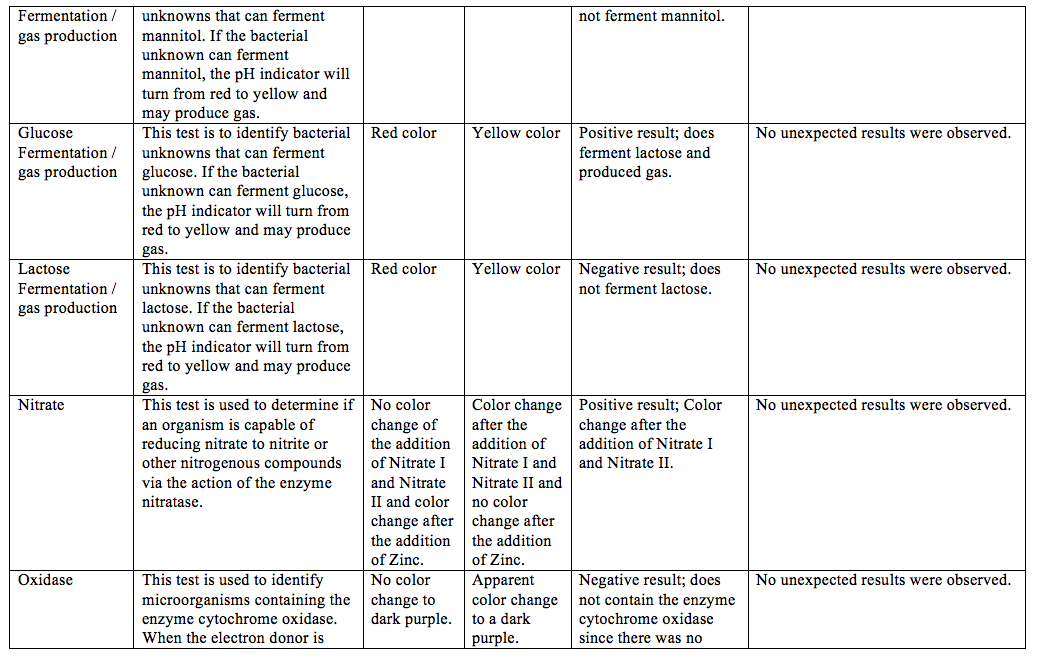 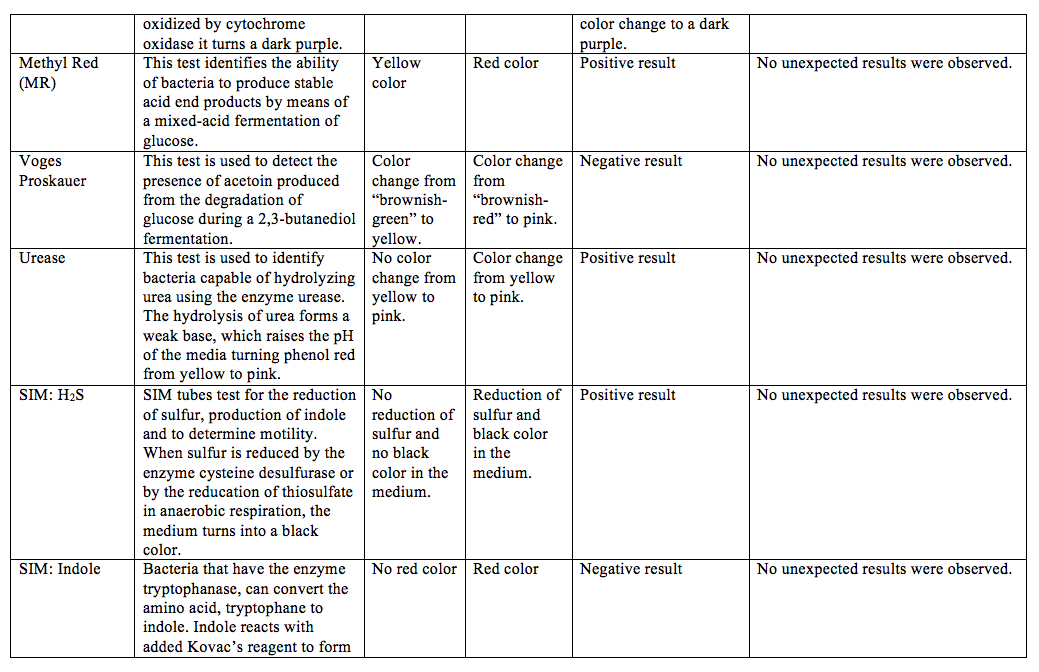 Unknown 144A was confirmed to be a Gram-positive rod after a Gram stain was performed several times including a rapid KOH test that confirmed the cell wall did not lyse after the addition of KOH. Gram-positive rods have specific biochemical tests that can be performed to identify the unknown. The motility test proved that the bacterial unknown is strictly aerobic because of the limited motility at the top of the agar in a motility tube. The bacterial unknown tested positive for the nitrate, starch, and spirit blue tests. The positive results concluded that the unknown 144A is Bacillus subtilis based on literature that confirmed B. subtilis is strictly aerobic, has the ability to reduce nitrate to nitrite, and contains amylase and lipase. Unknown 144B was confirmed to be a Gram-negative rod after a Gram stain was performed several time including a rapid KOH test that confirmed the cell wall did indeed lyse after the addition of KOH. Unknown 144B needed more tests to be performed than 144A because tests such as the motility test made it more difficult to narrow down potential identification since it was motile due to the turbidity throughout the tube. It did not indicate if it was strictly aerobic, which made 144A easy to identify. Unknown 144B test positive for reducing nitrate to nitrite, glucose fermentation and CO2 production, Methyl Red test for using the mixed-acid fermentation of glucose, can use citrate as a carbon source, and reduces sulfur. The only test that made the definitive identification of the unknown is the urease test. Based on my hypothesis, Proteus mirabilis produces urease, which is an enzyme that causes UTIs. Therefore, based on literature of P. mirabilis, unknown 144B is P. mirabilis. The consistency of the biochemical tests allowed for the identification of the unknowns to be fairly easy because based on the research done about the microorganisms that cause ropy-bread or urinary tract infections showed that only a few microorganisms are known to causes those effects. The urease test helped to definitive identify unknown 144B while unknown 144A took to perform the motility test, starch and spirit blue test to correctly identify the unknown. Although, according to “Rope-Producing Strains of Bacillus spp. From Wheat Bread and Strategy for Their Control by Lactic Acid Bacteria,” Bacillus spp. are the main Gram-positive culprits of ropy-bread. Fortunately, no possible sources of error were noted since the identification was successful. According to the Biotechnology Program under the Toxic Substances Control Act by the Environmental Protection Agency, Bacillus subtilis is not considered pathogenic to humans, animals and plants. Proteus mirabilis is pathogenic since it causes urinary tract infections. Therapeutic strategies such as prescribing antibiotics are necessary to treat UTIs. Ampicillin is suggested to be prescribed to treat UTIs because it inhibits bacterial wall synthesis. The results were consistent with the background information received with the unknowns, therefore the hypotheses were tested and supported. Based on the research performed from the clues given about the bacterial unknowns, the hypotheses were easy to formulate and be tested by experimentation to identify the more likely culprits of the symptoms caused by the bacterial unknowns.