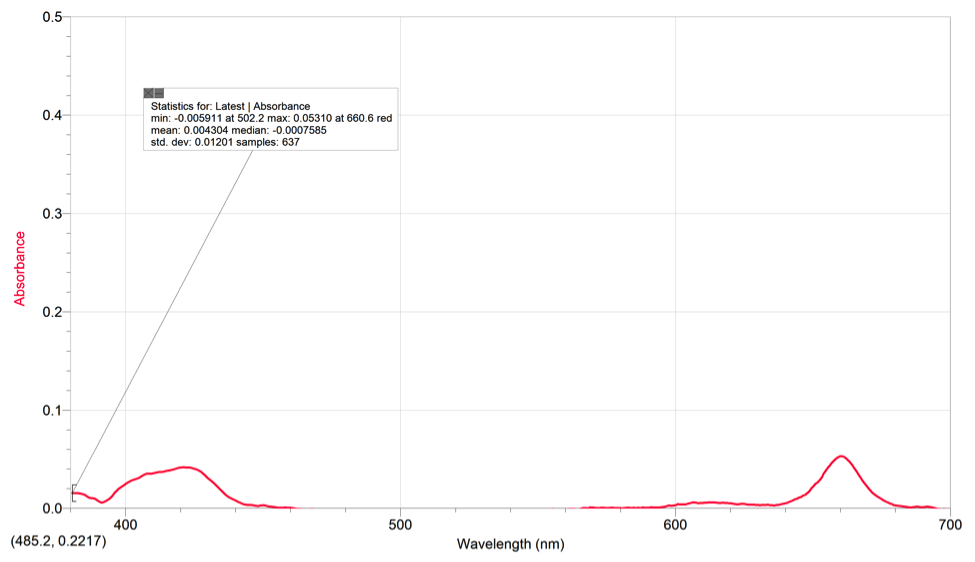 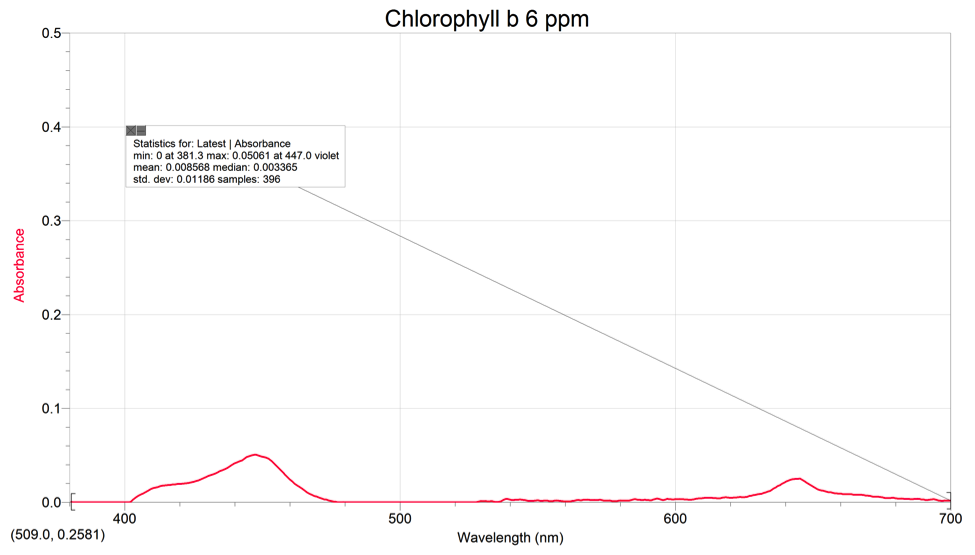 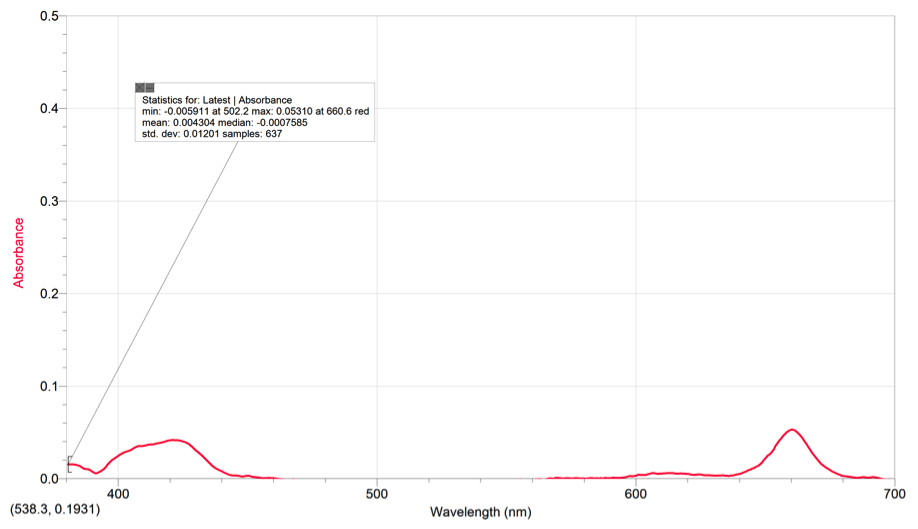 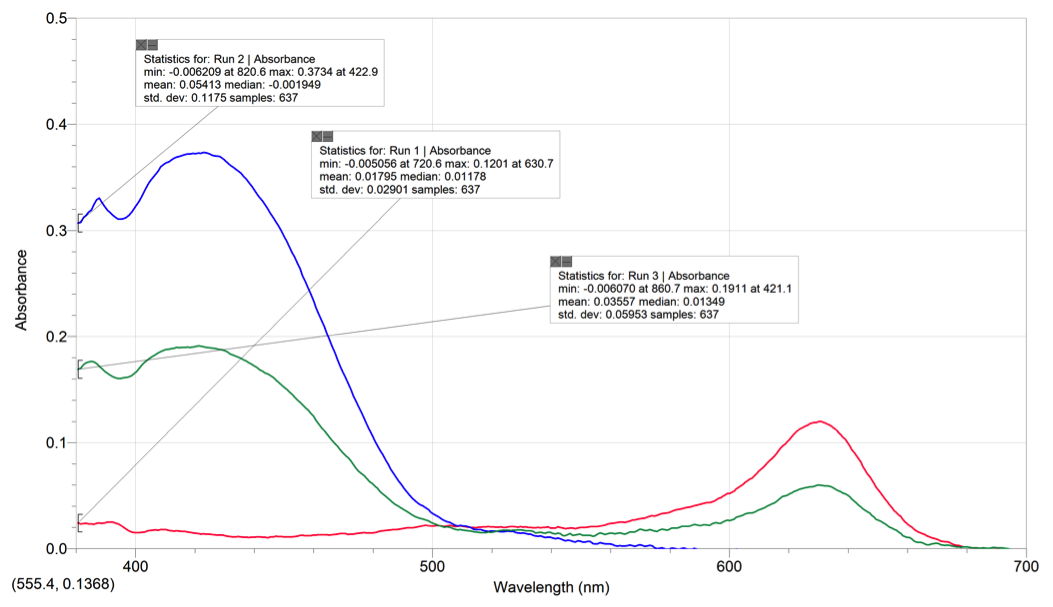 When the compound’s spectrum has more than one maximum wavelength, it indicates that the compound is able to absorb light at multiple wavelengths (colors). In the graph with the food coloring spectras, the 1:1 mix had a peak in the blue and yellow wavelength ranges of the spectra and a drop in the green part. The solution absorbs the light at those wavelengths but not at the wavelength range of green. The green is thus reflected off the solution and the solution will change into a green color. This is also seen in the spectras of spinach, chlorophyll a, and chlorophyll b, which are all colored green.

Solvent also matters because it is used as a blank for the measured solutions. If we do not use the correct solvent for each solution, the spectras would be inaccurate. The spectrometer is calibrated with the correct blank (solvent) in order to exclude the unnecessary spectra of the solvent to have a clearer spectra of the analyte we are observing. 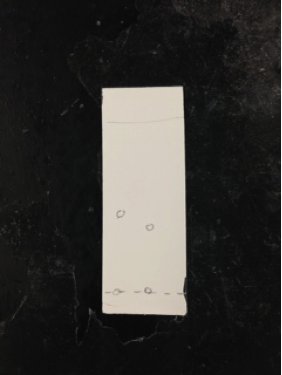 Compounds spotted on the TLC plate are separated by polarity. The closer the spots are to the solvent front, the more nonpolar the spots are in comparison to the spots that are closer to the line of origin. The four spots on our plate of different colors represent the different compounds. The silica powder allows the nonpolar compounds to have more mobility while the polar compounds have more limited mobility. Spots from least polar to most polar are: carotene, phenophytin, chlorophyll, & xanthophyll. The colors observed under uv light are light orange, yellow, yellow-green, and light yellow. The most polar compound out of the four is xanthophyll because it H-bonds with two hydroxyl groups. Next in highest polarity is Chlorophyll because of its Mg ion which gives more electronegativity. Phenophytin has bonds between nitrogen and hydrogen and carotene contains all hydrocarbons, meaning it is nonpolar. Referenced used was a website about spinach lab extraction (Scribd). 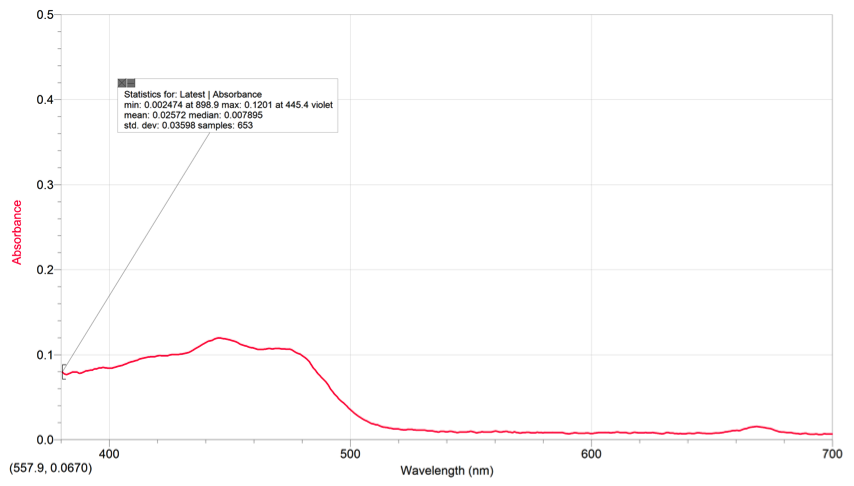 Using our chlorophyll a & b spectras and the color of pigments from the TLC, we can see that the area where the pigments are absorbing on the spinach extract’s spectrum is around the range of 400-500nm (violet-blue). The pigments also absorb some light on the 680-690 range (yellow/red). These spectrums all contain peaks within the 400-500nm range and the 600-700nm range. The peaks on the spectra represent the place where the pigments are absorbing light and what kind of light on the visible light spectrum. On the TLC plate, xanthophyll and phenophytin both have a yellow color, meaning that they absorb a violet color on the spectrum.

Concentration of chlorophyll a in undiluted spinach extract solution 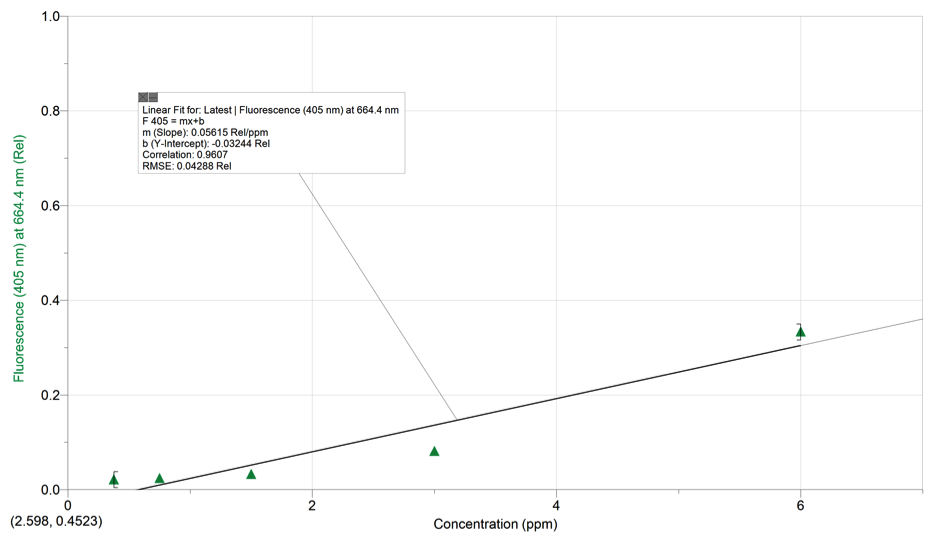 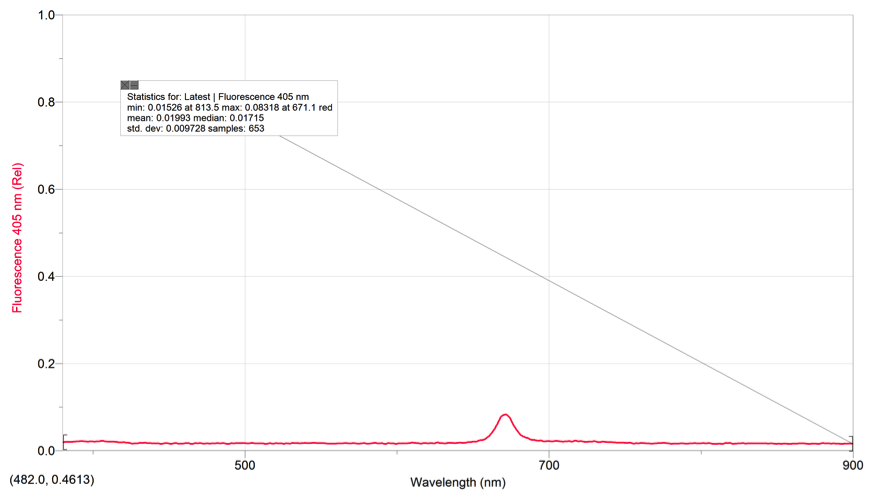 The concentration from #5 might be different from #6 because when we measure for absorbance, multiple wavelengths are taken into account. However, when measuring fluorescence, the concentration is measure at one wavelength and thus there is less variation.