A Spectroscopic View of Drug and Protein Binding

A Spectroscopic View of Drug and Protein Binding

Objectives.  After completing this laboratory module, you should be able to:

The most abundant amino acids in HSA are alanine (Ala), lysine (Lys), leucine (Leu), and glutamic acid (Glu).1,2 The abundance of the amino acids is relatively the same as that of BSA. Therefore, we can expect the binding behavior to be relatively the same with both serums. This protein in particular is found in human blood and has a high binding affinity to various drugs.

In this lab, binding of a few types of drug will be investigated with respect to BSA. One of these drugs, caffeine, is classified as methylxanthine.  Methylated xanthine derivatives act as mild stimulants upon ingestion, and at high enough concentrations in the bloodstream can increase the risk of cerebrovascular accidents and myocardial infarctions by increasing platelet aggregation and decreasing endothelial function.

With the development of highly concentrated caffeinated beverages such as Red Bull and 5-Hour energy, concerns about these potential negative health risks has increased. Before the commercial production of highly concentrated energy drinks and supplements, overdose due to caffeine consumption was physically not feasible based on the sheer volume of liquid needed to be ingested to achieve a dangerous amount of caffeine.  In 2011, a 28-year old man was taken to an emergency room after he experienced tonic-clonic seizures due to consuming 6 cans of Redbull together with coffee in a period of 4 hours.3 Since then, 13 deaths have been attributed to the consumption of highly caffeinated energy drinks, often in tandem with alcohol.4 A total of 52% of energy drink emergency room visits are for people between the ages of 18 and 25.

The Food and Drug administration currently does not require energy drinks to list warnings of excessive caffeine consumption or limit the amount of caffeine they contain. However, in as early as 2009, reports were published calling for warnings on these types of energy drinks (such as in Drugs and Alcohol Dependence) related to their potential health risks.

The following solutions need to be made. Calculations for reagents should be made prior to coming to lab.

When using the UV/Vis, remember to run in double beam mode with phosphate buffer as your reference. Analyze the following:

Remember to save data as a CSV file for viewing in Excel.

Use the Swiss PDB Viewer to Look at BSA 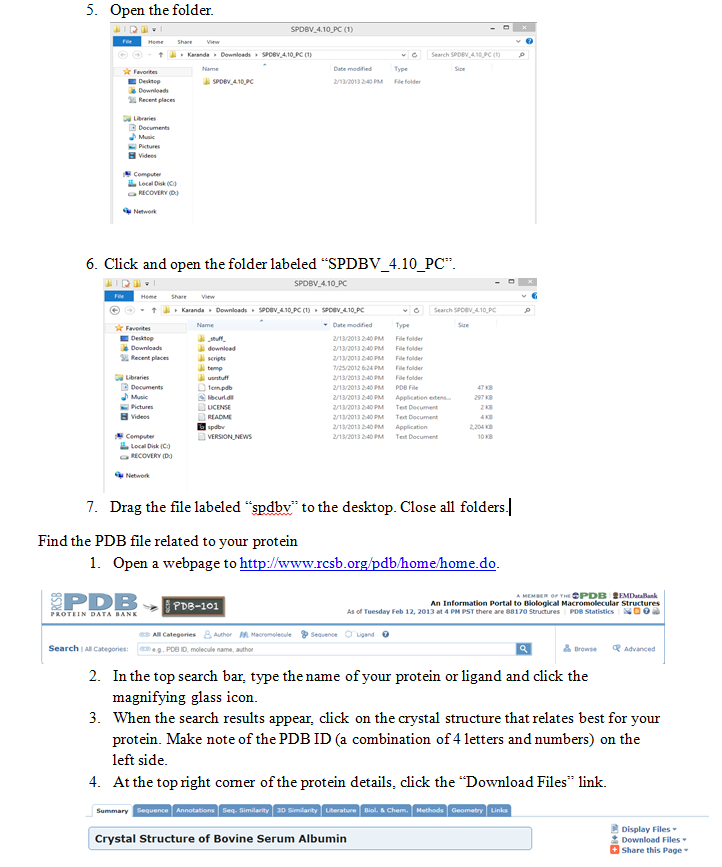 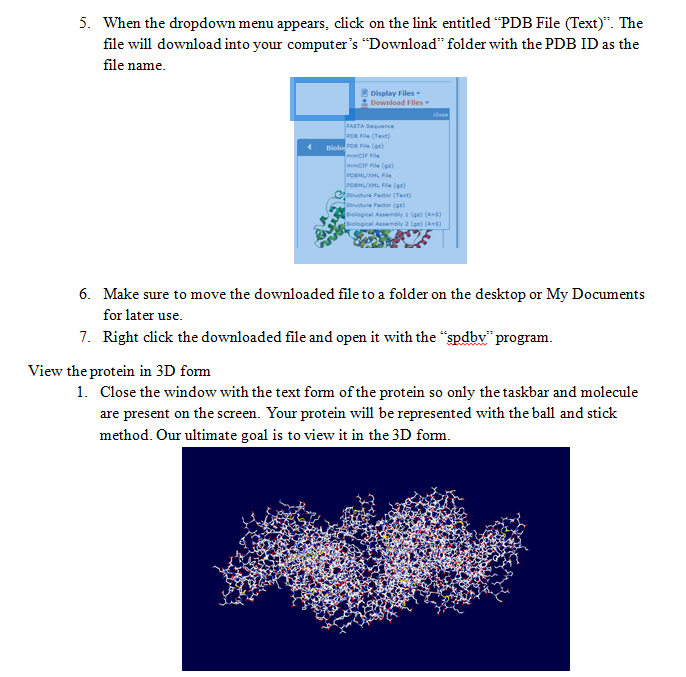 3. Click on the “Wind” tab in the taskbar. Click on “Control Panel”. A panel should appear on the right side of the screen with a list of the protein sequences for the molecule.

4. Click and drag on the first column (show) of “v”s to make them disappear. Repeat with the second column (side). Your screen should show no molecule at this point.

5. Click and drag the entire fourth (::v) and fifth (ribn) columns to make the “v”s appear. A 3D, solid colored molecule should now appear in your screen. 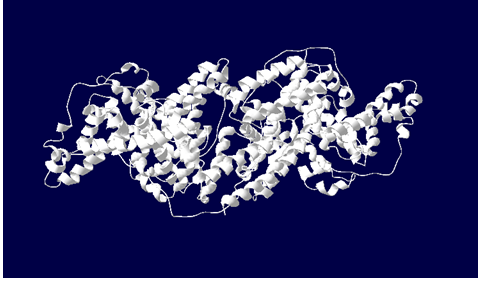 In your lab report, you should include the following in your detailed discussion: